You are here: Home › 35 stores to be shut down in crisis strategy
This is a backup version of ScandinavianRetail.com 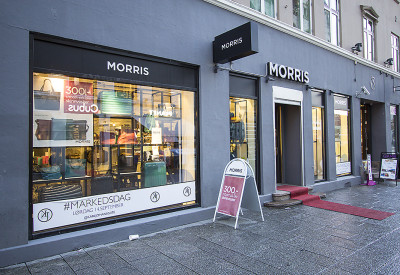 Venue Retail Group, with brands like Accent, Rizzo and Morris, cuts deep in the business, 35 stores will be closed and the owners must add 132 million SEK.

Venue Retail Group announces that it now has adopted the business plan that the company’s new guidance developed as part of a comprehensive strategic review. It is a long-term strategy and package of measures extending to 2018/19.

The new business plan includes closing down about 35 stores, several operational measures and significant cost savings on the core functions.
According Venue Retail Group, the company has for several years focused on growth and acquisitions, and thus the profitability of the company has suffered.
Jonas Ottosson, former CEO of including Odlo Sports Group and Peak Performance, took office in October 2015 as CEO of Venue Retail Group. At the same time took Kicki Olivensjö, former Åhlens, Lindex and Peak Performance, the position as new assortment and purchasing manager for the Company.

“The initial analysis of the business has led to the identification of impairment loss of approximately 119 million SEK and a package of measures which, includes the shutdown of about 35 stores. In order to strengthen the Company’s equity and liquidity, the Board has decided, subject to approval by the Extraordinary General Meeting April 26, 2016, issue of approximately 132 million SEK. In order to further strengthen the company’s balance sheet in order to achieve long-term financial stability, the Board has also decided to implement a directed issue of preference shares to all holders of the company’s convertible 2015/21 totaling about 79 million SEK. ”

The company’s largest shareholder Varenne AB (16.3 percent of capital and votes), family Eklöf (13.0 percent) and Staffan Persson (8.7 percent) have undertaken to subscribe for their respective pro rata shares in the rights issue.

Consolidated net sales amounted to 240.4 million SEK (265.1) for the second quarter of 2015/2016. Fewer stores and a weakening of the Norwegian krone has affected sales negatively by a total of -17 million compared with the corresponding period last year.
Earnings before depreciation and amortization and non-recurring costs, was -5.9 million SEK (2.1).
Profit after tax amounted to SEK -137.2 million (-5.6). One-time costs are charged to earnings for the period -119 million (0).