You are here: Home › After Parliament decision – SOK to extend opening hours in 500 stores
This is a backup version of ScandinavianRetail.com 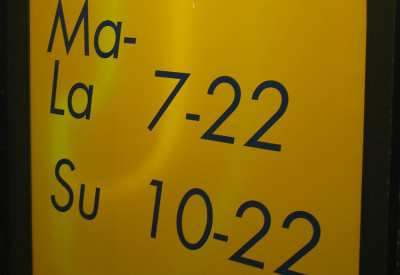 By admin on December 15, 2015 in Finland, Groceries, Store concept

The Finnish Parliament has approved a proposal to make the opening hours of shops in the retail and hairdressing salons more liberal.

S Group announced immediately that they extend the hours of operation for more than 500 stores as a giant trial.

”If the new opening hours are not suitable for all our customers, we will restore them,” says director Ilkka Alarotu.

Competitors are not as quick.

Kesko’s grocery Executive Vice President Jorma Rauhala that the retailers now are free to decide on how the opening hours will be.

”Liberalization of opening hours is a need, but varies greatly from place to place and stores. We do not regulate the Helsinki area as to when, say, in Lapland the stores are open,” Rauhala tells the Finnish News Agency STT.

Lidl says that opening hours will be extended, if necessary, during events or movements of the tourists.

But the cooperative societies adhere to the law change to open up the possibility and prolong the S Market, Prisma and Salea outlets opening times.

Now a total of nearly 500 Prisma stores, the S-markets, and Salea around Finland will extend their opening hours. The new law will allow busiest Prismas to be open 7-23 six days a week. Sundays at 10-23.

”Our clients must be allowed to choose for themselves when they visit the store. By extending the opening hours we give them more power to their own schedules. Today’s busiest moments of pressure is relieved when the shopping trip can be selected more freely,” says Marketing director Ilkka Alarotu at the S Group.

”We are a pioneer, and we will continue. The cooperative societies now liberate visits, similar to what Netflix released to television viewing: they can have what they want when it suits them, not when someone else has decided so.

A similar extension of opening hours has never been done before.

”Only by doing, we know what works and what does not. If the new opening hours are not suitable for all our customers, we will reverse them again, says Ilkka Alarotu.

Most of the ABC offices are open every day from 6-24. In addition, 33 ABC service station stores are open 24 hours a day.