You are here: Home › ”An attempt to hijack Stockmann”
This is a backup version of ScandinavianRetail.com 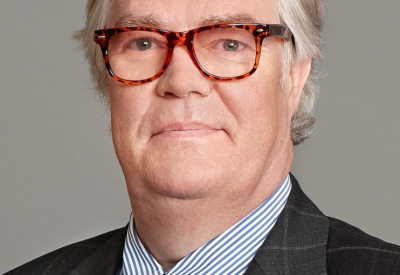 A power struggle has emerged within Stockmann.

According to the KSF-owned Hufvudstadsbladet, largest shareholder Hartwall wants to combine the share series and thus reduce the Finnish-Swedish interests of power in Stockmann.

Stockmann has two strong Finland-Swedish funds owners, KSF/Konstsamfundet (Art Society) and Svenska litteratursällskapet (Society of Swedish Literature) which together control over 30 percent of votes at the General Meeting.

Hartwall Capital as individual owns the most shares, but mainly limited voting class B shares, in Stockmann and has put forward a proposal which means that the Finnish-Swedish funds’ grip on the department store group would fall.

The CEO of the second largest owner Art Society, Kaj-Gustaf Bergh, who is also chairman of Stockmann calls the proposal for a bold attempt to seize power.

“We believe that this is an attempt to hijack the company when the stock is at its lowest,” says Kaj-Gustaf Bergh to Hufvudstadsbladet.

The department store’s shares are divided into A and a B-series where the Finnish-Swedish foundations essentially owns voting A shares with ten votes per share, while the most traded B shares only have one vote per share.

Hartwall proposes a free share issue where the A shareholders receive three new shares for 40 old shares as compensation for the loss of its vote shares. The proposal represents a 7.5 percent premium to the A shareholders in exchange for their strong voting.

Hartwall Capital’s CEO Eeva Ahdekivi say the measure would make Stockmann more interesting in the eyes of institutional investors and the stock price in the long run would benefit if there were only one kind of shares.

“The proposal that is now before us would create a new ownership structure. In our assessment, it is about an aggressive gambit against the current A-shareholders. It is a very bold proposal to Stockmann’s 60,000 shareholders to suggest that they would sell off the company for a pittance. ” says Art Society CEO Kaj-Gustaf Bergh.
The third largest shareholder Swedish Literary Society says it is evaluating the proposal. So far they have done in her lot with the Art Society.