You are here: Home › Bauhaus introduces new campaign with Hollywood handyman
This is a backup version of ScandinavianRetail.com 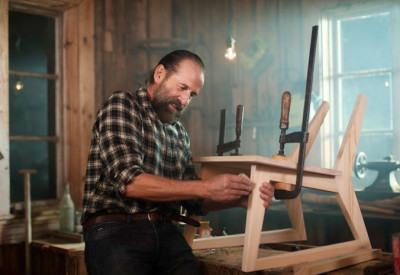 By admin on February 17, 2016 in Advertising, Buidling and construction material, Marketing, Sweden

Out goes the family. In comes the Hollywood actor Peter Stormare.

The new concept is based on finding the “do-it-yourself feeling”.

Tonight is the premiere of the first campaign based on the new concept.

“The choice of Peter Stormare was natural. He is a passionate DIY-guy and have designed the family house in West Hollywood and built a large part of the furniture in the home himself. He has even built a carpenter cottage on the site, ” says Johan Saxne, marketing director at the Bauhaus.

“Nothing is more rewarding than building something with your hands. Take measurements, draw, collect material in the timber yard. Construction makes you keep imagination alive. For me there is nothing more stimulating than to fix with our house yourself. I designed and made the construction drawings of the house myself together with my wife – in scale and everything. We even design and build wardrobes and bathroom together. If it’s really hard, I get help, but most of it I do myself, ” he says.