You are here: Home › Breakthrough: Stockmann to sell Russian department store business to Debenham’s franchisee
This is a backup version of ScandinavianRetail.com 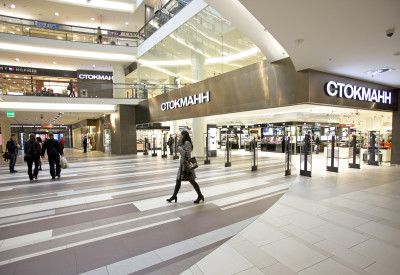 By admin on November 27, 2015 in Department stores, Finland, International

Now Stockmann has signed an agreement to sell its Russian department store business to Reviva Holdings Limited, which is the owner of Debruss, the Russian franchisee of the international department store chain Debenhams.

”Stockmann is targeting a turnaround in its profitability, and therefore we have decided to withdraw from the entire Russian department store business,” says Per Thelin, CEO of Stockmann.

Stockmann today announces it has achieved a major breakthrough in its efforts to optimise its department store network and bring about a turnaround in profitability. Stockmann will only focus on its real estate business in Russia and continue to operate the Nevsky Centre shopping centre in St Petersburg.

Reviva will buy 100 percent of AO Stockmann, a Russian subsidiary of Stockmann plc, for a purchase price of 5 million EUR, to be paid in cash. It will also take over the significant lease liabilities for the Russian department store business.

Reviva will assume operations of all current department stores in seven locations from the beginning of February 2016. The buyer will have the right to use the Stockmann brand in Russia for two years from the transaction closing. During that time it plans to gradually transition the stores to the Debenhams brand.

“Our Russian department store business has been unprofitable for the past several years and the significant devaluation of the rouble has deepened our losses. Stockmann is targeting a turnaround in its profitability, and therefore we have decided to withdraw from the entire Russian department store business. The planned transaction offers continuity both for our Russian customers and personnel, which is very important to us,” says Per Thelin, CEO of Stockmann.

“While pulling out from the department store business in Russia, Stockmann will continue as a real estate owner of the Nevsky Centre which has a prime retail location and a strong tenant mix in St Petersburg. We are happy to have the Debenhams brand as a long-term anchor tenant for our shopping centre. At the same time, we can put a stronger focus on developing the department store and online business in Finland and in the Baltic countries as well as the Lindex business across the markets,” continues Thelin.

The revenue of Stockmann’s department store business in Russia was approximately EUR 240 million with an operating loss of 26 million EUR in 2014. The operations comprise seven department stores (5 in the Moscow region, 1 in St Petersburg and 1 in Ekaterinburg), an outlet store, a logistics centre and administration and support functions mainly located in Moscow. AO Stockmann employs approximately 2,300 people who will transfer to the new owner.

“We are excited and aware of the opportunities and challenges that lay ahead of us in this very dynamic market. Stockmann has not only built a successful brand in Russia but has also assembled an experienced and motivated team to service our customers’ needs. We look forward to the further development of our retail group driven by two of the leading brands in the Russian market, Debenhams and Stockmann,” says Iakov Panchenko, Chairman of Reviva.

The aim is to close the transaction on 31 January 2016. The closing is conditional to obtaining approval from the Russian Federal Antimonopoly Service and to the buyer’s arrangements for lease guarantees. Stockmann will record a non-recurring cost of approximately EUR 75 million, estimated at the current exchange rate, for the last quarter of 2015. Stockmann’s outlook and profit guidance for 2015 remain unchanged. The divestment, together with the on-going efficiency programme, will improve Stockmann’s profitability in stages from 2016 onwards.