You are here: Home › Clas Ohlson to close seven stores in UK
This is a backup version of ScandinavianRetail.com 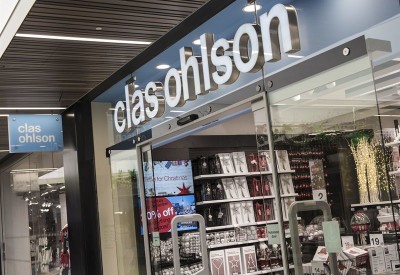 Clas Ohlson has decided to change store format in the UK.
Seven stores will close – instead Clas Ohlson starts opening stores with new and smaller formats aimed for multichannel.

Clas Ohlson announces plans for the closure of seven stores this year, as ”a next step in the optimisation of the UK store network”. Clas Ohlson will now focus on accelerating the clustering of new smaller format stores in the London region.

“We are in the process of optimising our network of stores in the UK market to improve long term profitability of our UK business. As part of this development we are now taking the opportunity to exit a number of stores that have not met expectations in terms of sales and profitability. However, our commitment to the UK market remains solid. It is our intention to continue our expansion by adding new stores in the London area”, says Klas Balkow, President and CEO of Clas Ohlson.

Closure of five stores are confirmed, being Cardiff and Norwich (June 2016), Doncaster (September 2016), Watford (no later than March 2017) and the first store in Croydon that is closing as a consequence of the redevelopment of the shopping centre (closure date to be confirmed). Another two store locations are pending closure subject to negotiations.

“We will do our best to support affected employees in finding new employment opportunities, including offering job openings in other Clas Ohlson units where possible”, says Klas Balkow.

Cost related to the restructuring of the UK store network is estimated to 107 MSEK being booked as a non-recurring item in the fourth quarter 2015/16. Yearly savings is estimated to 70 MSEK when in full effect as of financial year 2017/18.

Following the opening of the new smaller format stores in St Albans and Ealing earlier this year, where omni channel between stores and e-commerce makes Clas Ohlson’s offer more accessible for customers, the plan is to open an additional one to two stores in the London area during financial year 2016/17.