You are here: Home › Club Xprs first two stores ready to open
This is a backup version of ScandinavianRetail.com 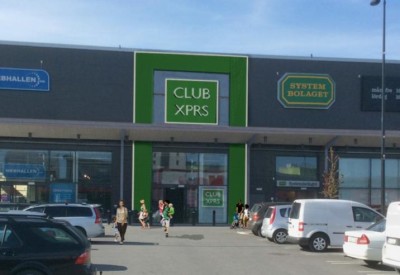 By admin on February 1, 2016 in Fashion, Store concept, Sweden

The new clothing chain Club Xprs opens its two first stores in March.
“We are very pleased with both Barkarby and Ingelsta Handelscentrum as our first establishment,” said Victor Appelqvist founder and CEO of Club Xprs.

In 2016, the new store brand Club Xprs will be launched in Sweden.
JLL Retail Tenant Representation announces that the first stores will soon be opening in the retail parks Barkarby in Stockholm and Ingelsta handelscentrum in Norrköping. The shops have 1800 sqm and 1600 sqm of store space.

These will be the chain’s first and they will both open their doors March 24 this year.

Founder of the new brand is Victor Appelqvist who have a background in the industry with his work in the family business Gina Tricot. He has previously said that the chain will be a new Swedish low cost destination in fashion and textiles. In addition to focus on prices the concept is characterized of updated basics in many colors. The concept will differentiate itself from other low-cost operators through its modern and international profile.

“We have received a very positive response to brand and concept from the market. Club Xprs will bring something new to retailers, and not least to the first trade areas that may have access to the new concept, “says Martin Lindgren at JLL Retail Tenant Representation.

He also says that there will be more openings in the coming year.