You are here: Home › Despite weaker currency – border trade boosted again
This is a backup version of ScandinavianRetail.com 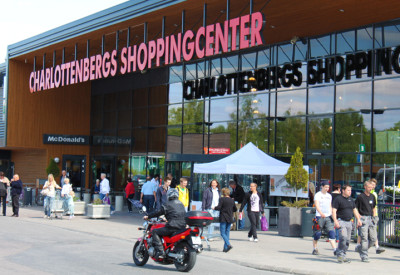 The border trade does not suffer from a weaker Norwegian currency.

In Charlottenberg the retail trade has so far this year increased by over 20 percent.

The large shopping centers in Nordby, Töcksfors and Charlottenberg on the Swedish side of the border to Norway are often questioned when the difference in the exchange rate and thus Norwegian purchasing power in Sweden goes down.

But at the same time are the price differences increasing, particularly on groceries. Prices of durables are more dependent on the exchange difference.

Norway levies, protection of domestic agricultural production – as well as high fees on candy and sweets, cause higher prices.

The Strömstad shopping center giant Nordby, with a vast majority of Norwegian visitors, markets itself by up to 60 percent savings on consumables.

For special paper Dagens Handel says Lars Erik Leröy also that the quality of the products is of great importance.

“In Sweden prices are lower than in Norwegian discount stores, but the range is premium,” he says.

Now the Swedish transport department do not have more traffic at some border crossings and recommend no more retail space extension in among other Charlottenberg.