You are here: Home › Elkjøp and Elgiganten reports new record sales – from new products
This is a backup version of ScandinavianRetail.com 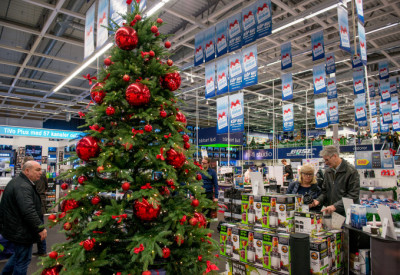 Elgiganten in Sweden announces that Black Friday was the start of a record strong Christmas, with sales growth of 5 percent, more customer visits and a higher customer ratings than ever before.

Customers preferred quality before price and traditional sellers as game consoles dropped. In Norway, an unexpected bestseller has emerged with cold weather.

Elgiganten predicted a strong Christmas, with continued growth despite record strong figures from 2014 to compare with. A successful Black Friday at the end of November gave the Christmas shopping season the kick-start of the holiday shopping season as hoped.

“We had high expectations for this year’s Black Friday, but growth of 75 percent truly surpassed anything we could ever dream of. Meanwhile, the continuation of the December trade was more difficult to predict, “says Niclas Eriksson, CEO of Elgiganten in Sweden.

Robot vacuum cleaner, smart watches, espresso machine, smart phone, and large televisions were some of the big sellers that contributed to growth during December.
In contrast, there was a slippage in the gaming area, with unexpectedly low demand for game consoles, but a radically increased demand for gaming chairs, headphones, keyboards, mice, and other accessories related to PC gaming.

“Smart phone continues to strengthen its position as a central unit in our lives. Several major sales during December, as the media player, wearables, headphones and wireless speakers, are connected to the phone, ” says Niclas Eriksson.

Customers prioritizing quality over lowest price was a clear trend in December.Niclas Eriksson says customers have almost exclusively chosen to buy quality products with excellent specification in front of the lowest price.

“This is a trend we see in all product groups, but especially in the segment of audio and television where big screens over 55 inches with the latest technology dominated the demand.”

Christmas Day was once again became the largest single trading day of the year in Sweden.

Elkjøp Group’s other Nordic markets has not commented on the Christmas shopping. In Norway, cold days has made sales of heaters nearly triple in a short time.

”The sales of heaters have taken off completely the past few weeks, and when one compares the start of December with the beginning of January, we have tripled the number of products sold. Looking at the same period a year ago, sales are twice as high now,” says CEO Atle Bakke in Elkjøp.