You are here: Home › Elkjøp’s Nordic Christmas – up 3 percent
This is a backup version of ScandinavianRetail.com 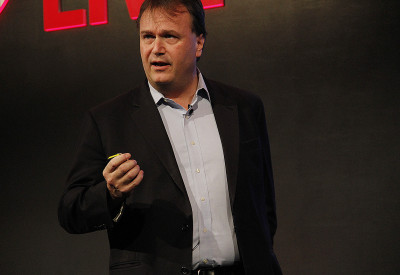 Elkjøp Group’s Christmas sales, including Black friday and sales period over New Year, was great in Sweden, good in Norway and tough in Denmark and Finland.

The Group now sets high hopes on their B2B-solution CWS.

For the Nordics the like-for-like revenues increased by 3 percent which was lower than UK & Ireland (5%) and Southern Europe (9%).

”In the Nordics we had a huge Black Friday, but currency weakness and oil price continues to impact the Norwegian market, and so it was good to see growth despite this.” comments Dixons Carphone Chief Group Executive Sebastian James.

At the webcast presentation he became a little bit more specific about the markets, saying that mainly Sweden and also Norway performed well. Denmark, he said, had a great growth last year and met tougher comparison and competition this year. Finland was, as often, avoided for comments.

Sebastian James often gives signals on what to expect on the Nordic market for the near future. Right now the focus seem to be the B2B-offer, called Connected World Services (CWS). The concept is also on trial in the US.

He announced new developments in three of the business areas within CWS – connected retailing, technology platform and support & services.

”I am really delighted that our Sprint trial has gone so well, and we have now agreed with Sprint that the joint venture should go into full production towards its target of 500 stores. We have also extended our agreement with a major US manufacturer to implement our software platform honeyBee for two US networks in their retail stores. In the UK we have signed a significant distribution agreement with TalkTalk. With a strong pipeline, we are excited about the future for CWS,” comments Sebastian James.