You are here: Home › Former Google CEO to H&M board
This is a backup version of ScandinavianRetail.com 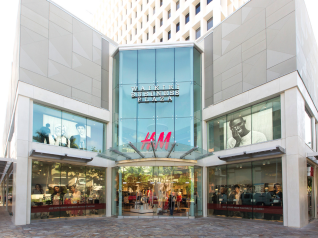 By admin on February 2, 2016 in Fashion, International, People, Sweden

H&M’s nomination committee has proposed two new members of the board of directors, the former Nordic director of Google, Stina Honkamaa Bergfors, and the lawyer Erica Wiking Häger.

”From her various leading positions in companies such as Google and IKEA, Stina Honkamaa Bergfors has gathered solid and valuable experience within media, digitalisation and entrepreneurship,” says Chairman Stefan Persson.

The nomination committee proposes that Stina Honkamaa Bergfors and Erica Wiking Häger be elected as new members of the board of directors and that the following present directors be re-elected: Anders Dahlvig, Lena Patriksson Keller, Stefan Persson, Melker Schörling, Christian Sievert and Niklas Zennström. Lottie Knutson and Sussi Kvart are not available for re-election. The committee proposes that Stefan Persson be re-elected as chairman of the board.

Stina Honkamaa Bergfors , born in 1972, is CEO and co-founder of the digital media company United Screens and former country director for Google in Sweden. Today she is also a member of Ikea’s global board of directors and a member of the board of Eniro. She has been honoured several times for her leadership and strategic thinking within the media industry and is a member of the Swedish Fashion Council’s advisory board, the Swedish Media Commission’s group of experts and is also involved in the Prince Daniel Fellowship at the Royal Swedish Academy of Engineering Sciences (IVA).

Erica Wiking Häger , born in 1970, has more than 15 years’ experience of qualified business law work in an international context in areas such as commercial contracts, international expansion and data privacy. Erica has been a partner at the law firm Mannheimer Swartling since 2009. She is the firm’s chair of the Corporate Sustainability & Risk Management practice group and leads a team of lawyers which offers advice on matters associated with human rights, working conditions, the environment and anti-corruption.

“I am very pleased that Stina Honkamaa Bergfors and Erica Wiking Häger have agreed to be proposed as new members of H&M’s board. We are convinced that Stina and Erica, with their skills and experience, will make valuable contributions to H&M’s future board work,” says Stefan Persson, chairman of H&M’s nomination committee and of H&M’s board of directors.