You are here: Home › Groceries kept up the Danish retail sales level in January
This is a backup version of ScandinavianRetail.com 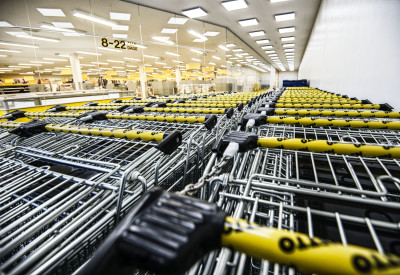 By admin on February 22, 2016 in All retail news, Analysis, Denmark

The total volume remained the same as last year, but the sales of daily commodities weighed up for declining sales of fashion and other consumer goods.

With some seasonal adjustments there is a growth, and with straight numbers both the total value and volume  increase stops at 0.33 percent and the only true increasing segment is groceries.

”Together with the level of consumer confidence from last Friday this does not give reason to expect a spending spree, comments Jyske Bank’s senior economist Niels Rønholt in a comment.

Steen Bocian, chief economist at the Danish Chamber of Commerce says since the consumption over 3 months shows no increase. There is nothing indicating strong consumption growth in 2016th

Online sales rised to 6.3 percent of the revenues, well above the level of January last year, which stood at 5.4 percent.

Also notable, among food the largest increase in December, 4.35 percent, was within the discount segment outperforming other categories.