You are here: Home › H&M accused of breaking its code of conduct
This is a backup version of ScandinavianRetail.com 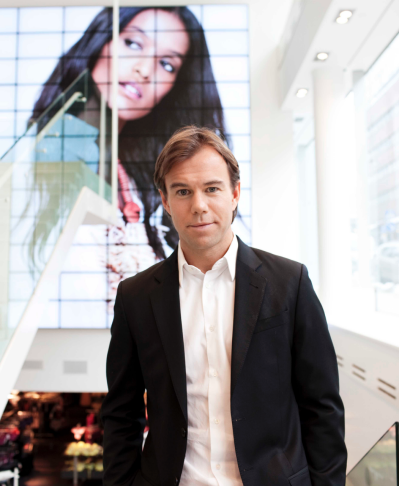 By admin on February 15, 2016 in Fashion, International, Sustainability, Sweden

The H&M group’s sales including VAT increased by 7 percent in local currencies in January 2016 compared to the
same month last year. That was according to the forecast.

At the same time H&M is accused of breaking its own code of conduct, importing cotton from fabrics in Turkmenistan that use forced labor.

In January there was a negative calendar effect of approximately 2 percentage points because the month had one more Sunday than in January 2015.

H & M and Inditex are the biggest actors among a number of major companies whose suppliers have been trading with a textile factory in Turkmenistan, writes the Swedish news agency TT.
A number of companies have been listed as customers for several years at the Turkmenbashi website. Including Mango, Lee, Wrangler, La Redoute and Foot Locker.

H & M has admitted the relation until 2014 with “some subcontractors’ who made purchases from the factory. It is a crime against H & M’s Code of Conduct, which prohibits all providers in all areas to buy goods that are the result of forced labor.

“Since the end of 2015, none of our suppliers have a business relationship with Turkmenbashi. Since December last year, we’ve also further strengthened our requirements to our suppliers by introducing a ban on cotton from Turkmenistan,” writes H & M in a statement.

Also Lee, Wrangler, La Redoute and Foot Locker admit that they have been using cotton from factory Turkmenbashi, but violated the cooperation earlier. Mango does not want to answer TT’s questions.

The reports says that mainly public employees are forced out into the fields, otherwise they may lose their jobs. The working conditions described as dire. At last autumn’s harvest dictator Gurbanguly Berdymuchammedov ordered that “every cotton ball” in the country would be picked.Turkmenbashi means “All turkmeners father” – a nickname for the headstrong former dictator Saparmurat Niyazov.

Important social functions are also suffering: without teachers, school children are missing out on education and healthcare stops.

According to The Cotton Campaign the garments most likely reach world markets via completion in Turkey, with the label “Made in Turkey”.