You are here: Home › Hypermarket sales decreasing – Lidl now number three in Finland
This is a backup version of ScandinavianRetail.com 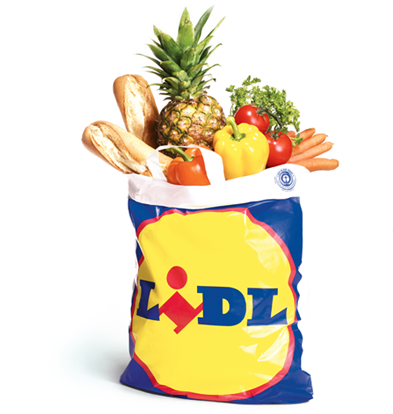 Grocery sales in hypermarkets are no longer growing and for the first time in history their sales are decreasing. This is one conclusion from Nielsen’s yearly report on grocery retail and the chains on the Finnish market.

Tightest competition over market shares stands between Lidl and K-Group where Lidl continued its strong growth and advanced to numer three on the Finnish market.

Last year was the third consecutive year of non-existent development in Finnish retail, with growth in volume amounting to
only 0.1 percent. During the last seven years, the average volume growth of the Finnish grocery sales has been only 0.2 percent
a year.

The information is based on Nielsen’s annual Grocery Shop Directory, which is comprised of private and cooperative grocery shops in Finland. Nielsen collects the data annually in cooperation with the retail groups and individual players, while Lidl’s market share is an estimate by Nielsen based on various data sources.

Grocery sales in Finland amounted to 16.705 billion EUR in 2014. The growth in sales value, 0.9 percent, was
moderate compared to 2013. Price-quality ratio and price level have become two of the consumers’ three most important criteria for choosing their place of purchase according to Nielsen Homescan.

S Group, the market leader, grew hand in hand with the development of the grocery market and retained
its market share, 45.7%. K-Group, on the other hand, lost 0.9 percentage points of its share, ending up with its all-time low market share in the history of the Grocery Shop Directory, 33.1%.

Lidl, a success story in the weakly developing grocery market, continued its strong growth and took the
third place from Suomen Lähikauppa in terms of market share. Nielsen estimates Lidl’s share of grocery
sales to be 7.6 percent.

S-market, Prisma, K-supermarket, K-citymarket and K-market are still the biggest chains in terms of
grocery sales. Of these chains, only Prisma and K-supermarket increased their sales.

However, Lidl, Sale and Siwa were the best-developing chains of all.

The growth of the Siwa chain was based on growth in its shop network: the chain opened 19 new shops, in addition 13 Valintatalo shops joined the Siwa chain in 2014.