You are here: Home › Ikea lost appeal against Norwegian tax authorities
This is a backup version of ScandinavianRetail.com 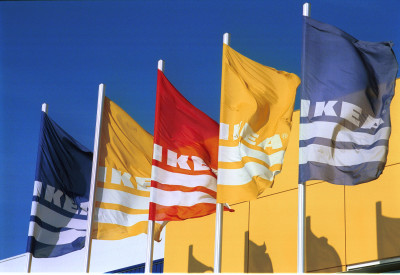 By admin on February 22, 2016 in Home & interior, International, Norway

Ikea Norway came one step closer a juicy tax backlash after losing also in the Court of Appeal.

The Court of Appeal agreed with the Norwegian tax authorities that the way Ikea sold properties to themselves in 2007 was “unreasonable and unnatural.”

In 2007 the Norwegian department stores were separated from Ikea Handel og Eiendom as seven separate companies that were transferred to a newly established Norwegian holding company, owned by an Ikea company in the Netherlands. But a few months later Ikea Handel og Eiendom bought the properties back for 2.1 billion NOK and financed the entire purchase by borrowing from Ikea Group’s internal bank in Belgium.

Then Ikea Handel og Eiendom demanded interest deduction for the internal loan of almost 440 million from 2008 to 2012.

Last week, Ikea was in focus at the European Commission as one of several multinational companies to be investigated for aggressive tax planning.
”This case concerns central topics within corporate structures and taxation where both we and the international community is concerned. Therefore, this kind of clarifications are major, says tax director Hans Christian Holte to Dagens Naeringsliv.

Communications Director Jan Christian Thommesen says Ikea has not yet decided whether the judgment should be appealed to the Norwegian Supreme Court.

Tax authorities denied the deduction in 2013 which now both the district court and the appellate court has not agreed to Ikea’s objections that the reorganization had taken place on commercial terms and that the Norwegian tax authorities tries to use a legal basis to restrict interest deductibility that did not come into place until 2014.

The Court of Appeal states that “an independent party would not undertake a similar reorganization from direct to indirect ownership by paying 2.1 billion NOK for something the company already owned, and in addition take out loans with significant interest coststo finance the purchase price”.

It also concludes that there is such a close connection between all the links in the process of reorganization that the whole transaction chain must be judged together in the assessment.