You are here: Home › Iso Omena to open international restaurant complex
This is a backup version of ScandinavianRetail.com 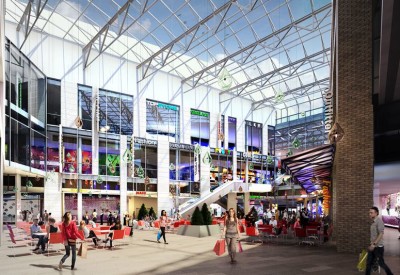 It is said to be unique among Finnish shopping centers.

So far, the extension project at Iso Omena has an occupancy rate of 83 percent.

Citycon says the extension project is progressing according to plan and the first phase of the shopping center will open in August this year, and the second phase will open in the spring of 2017.

One of the specialties of expanding  Iso Omena is a versatile restaurant complex. After the enlargement, the shopping center will offer about 50 different kinds of coffee shops and restaurants with 3,500 seats and the total leasable area will increase by ten percent.

Among the cafés are well known chains and brands like Starbucks, Espresso House and Mövenpick Cafe and the Helsinki city café La Torrefazzione that recently announced large expansion plans.

Many restaurants will be open after the shopping center’s closing time, in connection with the restaurantworld located next to the new Finnkino seven-screen cinema.

“Iso Omena’s restaurant selection will reach an international level when it comes to both abundance and diversity. It will feature many restaurant concepts that have not previously been seen in Finnish shopping centres. We are aiming to create an ensemble that attracts the demanding residents of Espoo living in Iso Omena’s catchment area also for a fun night out,” says Risto Seppo, Citycon’s Property Development Director.

First part of the restaurant complex opens up in late August and next part in connection with the second opening of the shopping center in 2017.