You are here: Home › Kesko grew on all areas
This is a backup version of ScandinavianRetail.com 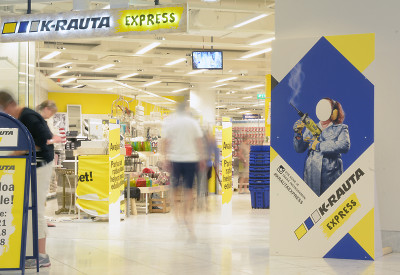 By admin on March 14, 2016 in Buidling and construction material, Finland, Groceries, International, Leisure, Other

“In February, Kesko’s sales increased in all strategic growth areas: the grocery trade, the building and home improvement trade, and the car trade,” says Kesko’s President and CEO Mikko Helander.

The grocery trade in February amounted to 355.5 million EUR, an increase of 2.7 percent. In local currencies, sales increased by 3.1 percent with one more delivery day than in the previous year.

The sales of the car trade in February were 67.4 million EUR, up 10.9% from the previous year.