You are here: Home › Kesko increased profit 2015
This is a backup version of ScandinavianRetail.com 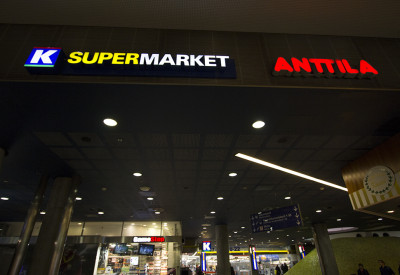 Kesko’s net sales last year were 8,679 million EUR, excluding Anttila they remained at the level of the previous year. Sales of groceries suffered from declining prices.

”We can be satisfied when we take account of the continued weak trend in the purchasing power of the main market area in Finland, says President and CEO Mikko Helander.

In the grocery trade, the -1.7 percent net sales performance is partly attributable to the decline in prices. In the home improvement and speciality goods trade, net sales decreased by 8.9 percent, but increased by 2.3 percent in local currencies excluding Anttila.

“Kesko’s profit was at a good level also in the last quarter of 2015. Looking at the whole year, we can also be satisfied with strategy implementation and the financial result, especially when we take account of the continued weak trend in the purchasing power of the main market area in Finland. In the grocery trade, market position remained stable and profitability was good. In the home improvement and speciality goods trade, profitability improved significantly and market share strengthened especially in Finland,” says CEO Mikko Helander.

The Group’s total net sales for January-December 2015 were 8,679 million EUR, which is 4.3 percent down on the corresponding period of the previous year (€9,071 million). Anttila excluded, net sales performance in local currencies equalled the level of the previous year. The decline in consumers’ purchasing power weakened consumer demand in the reporting period in Finland and Russia.

International operations accounted for 18.9 percent (18.4%) of net sales. Net sales decreased by 1.9 percent but increased in local currencies excluding Anttila by 7.6%. The weakening of the Russian rouble impacted the net sales performance in euros especially in the home improvement and speciality goods trade.

Kesko has recently made to large strategic acquisitions.

”With the acquisition of Suomen Lähikauppa, Kesko’s neighbourhood retail services will improve significantly. The acquisition of Onninen, for its part, will materially strengthen Kesko’s position in the building and technical trade. Both of the acquisitions will enable strong growth and more customer oriented services as well as significant synergies.” comments Mikko Helander.

Kesko Group’s net sales for 2016 are expected to equal the level of the previous year, not taking account of the not completed acquisitions of Suomen Lähikauppa and Onninen.