You are here: Home › Media Markt: ”We are ready to expand in Sweden again”
This is a backup version of ScandinavianRetail.com 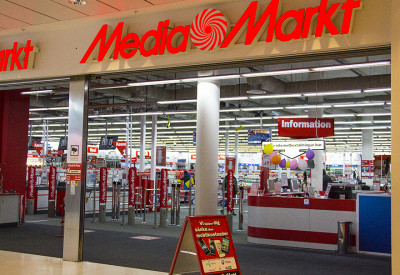 After a series of cancelled store openings in 2012, Media Markt now says it is now prepared to open several new stores.
The chain says that the number of profitable stores now have doubled – and points to a 67 million improvement despite  230 million SEK in losses last year.
“We can confirm that the business is developing according to the plan we have,” says Per Kaufmann, CEO of Media Markt in Sweden.

Media Markt announces that it plans to open several new stores in the years 2016 and 2017. In addition, an extensive work to digitize and modernize the company to be an attractive consumer electronics retailer is now being carried out , both in stores and online.

Media Markt says that the latest annual report for the financial year 2015 shows an improved result. The latest financial statements show a loss of 230 million compared to 297 million years ago.
“10 department stores reported a positive operating profit, compared with FY2014 when five stores showed a positive operating result. 21 of 27 department stores as well as online sales show an increase in sales, and both corporate and online sales continue to grow. ” the company states.

In some stores, the chain has considerably shrunk its surfaces before 2015. It has also closed two stores.

“Our cost reductions combined with our efforts to improve both the department store experience, as well as our online sales has meant that today we are better equipped than ever to meet the needs of our customers,” says Per Kaufmann, CEO of Media Markt.

“Thanks to the positive trend and the improved results we now resume our expansion in the Swedish market. We plan to open more stores during 2016 and is currently investigating strategic locations to establish more stores.”

Where these stores will be opened, and in which format is not clear. Reportedly, several leases out in the next years, which has previously been considered as a trigger point for Media Markt’s future in Sweden.

Media Markt has also introduced a digital system for pricing, which means that prices are synchronized between the physical stores and online store.

In 2016, a partnership with seven of Scandinavia’s most talked about start ups for smart technologies in the home will be launched.

“Sweden is an important market for our owners and we have a lot of confidence from them to continue our trip started to become a multi-channel player in Sweden,” says Per Kaufmann.