You are here: Home › Nordic Black Friday becomes Black Week
This is a backup version of ScandinavianRetail.com 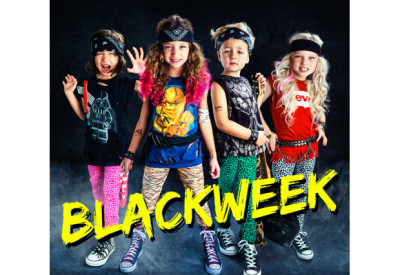 By admin on November 23, 2015 in Consumer electronics, E-commerce, Fashion

It’s Friday today. At least according to several e-commerce retailers in the Nordics who’s extending the rising Black Friday-trend to go on for a full week.

“Last year’s Black Week was a race that consumers not expected. Both our traffic and sales doubled compared to the average week look like for us.” says Jollyroom CEO who tried it already last year.

Already last year, fashion online store Jollyroom took the Black Friday concept a step further and launched a full ”Black week”. Olle Sauar, CEO of Jollyroom, says they wanted to get more e-retailers to embrace the concept around Black Friday in the Nordic market but at the same time raising the bar.

”We wanted to be associated with the major international players and offer our consumers campaigns that are at least as good as the US. We therefore wanted to repeat the Black Week concept as we got such appreciated feedback from our customers. Black Friday-the phenomenon has grown and become very large, that customers have come to expect really good deals. And for us it is very important to listen to our consumers’ wishes. We want to offer really good deals, for an entire week – with a strong and fun concept. ” says Olle Sauar.

Black Friday in 2014 also ended up being the Nordic giant Elkjøp’s second largest day in the trading statistics, beaten only by 3 Christmas Day.

”The response from customers was simply tremendous last year. It was very obvious last year that this is something Norwegians want more of and therefore we now give them Black Week, with large price reductions and specials throughout the week,” says CEO Elkjøp Norway, Atle Bakke.

Instead of one day of extra low prices and special offers, this year it will be a Black Week with reference to last year’s feedback.

”Many had challenges getting the goods they wanted to. Black Friday had simply not enough hours! Now that we extend to seven days with Black Week, we hope more people will have the opportunity to pick  their favorite electronics, says Bakke.

But Elkjøp chooses different strategies between the Nordic markets. Even though Black Friday was a success also in Denmark. Elgiganten won’t start the campaign until the night before Friday.

“We decided to repeat the success this year – and of course gear up with even more bargains,” says Peder Stedal, CEO of Elgiganten Denmark.