You are here: Home › PostNord: Our pick up-lockers are a Nordic pilot
This is a backup version of ScandinavianRetail.com 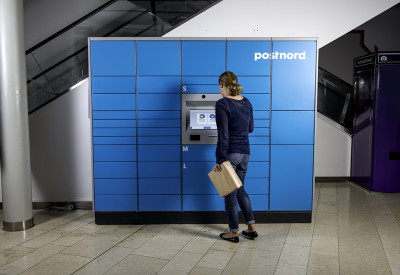 PostNord is launching automatic pick up-lockers in three countries at the same time.

There are already similar solutions from Norwegian Bring and Finnish Posti in use, but now Scandinavias largest distributor, PostNord, introduces pick up-lockers in all Nordic countries, following their own Pakkeboksen in Denmark.

Four locations are ready for customers in Oslo and Stockholm, Helsinki gets two spots.

”All these places provide high availability to subway, buses and cars. They have good exposure for the lockers and a good footfall”, says Johan Littmarck.

ScandinavianRetail.com has previously written about the locations in Oslo and Stockholm. In Helsinki the boxes will be placed at Kamppi and in an outside location at Grani.

”We’d like to know how this is welcomed by the consumers and how interesting it might be for the e-commerce. And we want to be as effective as possible.”

With approximately 500 lockers already in action in Denmark you might think PostNord would know most about that. But Johan Littmarck points out different consumer behaviour which makes Denmark not toally applicable on its northern neighbours.

40 lockers at every location might fill upp quickly, but Johan Littmarck says it’s not expected. In Denmark they are rarely fully occupied. But the logistics behind the Danish Pakkebokser is a bit different from this pilot.

”We will carefully look at the occupancy rate”, says Johan Littmarck.

He says all retailers offering online shopping are welcome to join. Who’s already joined will soon be official on PostNords website.

Before the big launch the lockers are already in use for returns, only available for goods delivered by PostNord though

”We hope both consumers and retailers will be happy with this flexibility option”.

Are you discussing to take this further after the 12 month pillot – like a Westfield-solution?

“We are only in the start of this, and will evaluate this at the end of the project, says Johan Littmarck, but admits it been discussed.