You are here: Home › Regional centre invests in spectacular playground
This is a backup version of ScandinavianRetail.com
By admin on April 5, 2016 in Consumer behavior, Malls, Marketing, Retail parks, Sweden 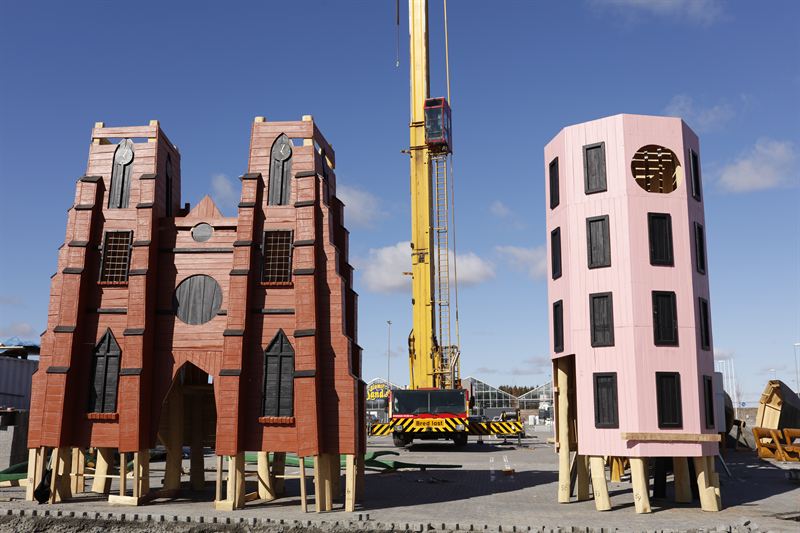 In late May, Atrium Ljungberg inaugurates the new square in the northern part of the regional centre Gränby in Uppsala with a spectacular playground and several restaurants and outdoor cafes.
The playground will have a special design; an Uppsala in miniature.

“All famous landmarks as the castle, cathedral, Uppland Museum, Old Uppsala mounds, Fyrisån and the swan pond will be in the play-friendly size. The highest point will be the Uppsala Cathedral with a height of eleven meters. We wanted to create a city that is growing, as well as Uppsala and Gränby city is growing, says Daniel Kvant-Suber.

“Activity for children and young people is a key element in Gränby city. Earlier this year, opened play and adventure center Turbo and the new outdoor playground is yet another important brick in our ambition to create a sustainable urban environment with a focus on experience, inspiration and interaction. ”

The company’s vision for Gränby city is creating Uppsala’s second city center of trade, culture, restaurants, homes and workplaces in a dense block structure. In connection with the opening of the playground and the square will also three new restaurants and stores ÖoB and Arken Zoo.