You are here: Home › SOK performs better than the Finnish market
This is a backup version of ScandinavianRetail.com 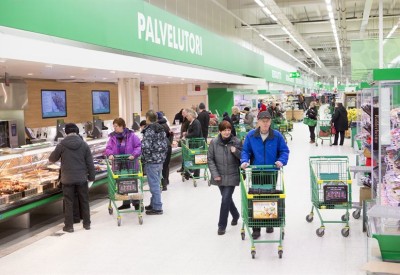 By admin on January 27, 2015 in Department stores, Finland, Groceries

According to a communiqué today SOK’s total sales are affected by the closure of car sales in 2013 – and also by reduced sales of durable goods by 4.3 percent to 1.364 billion EUR. Department stores and consumer durables accounts for the largest decline.
By contrast, hypermarket sales were slightly better than the previous year with an increase of 0.4 percent.
ABC chain dropped 2.3 percent, mainly due to declining fuel prices. Likewise walked hotel and tourism-omnrådet down by two percent.

Odd Reitan: No Rema 1000 to Sweden as long as we have an interest in Axfood
Skechers’ 2014 offensive crowned by taking brand store concept to Sweden