You are here: Home › Statoil stations to change name to Circle K
This is a backup version of ScandinavianRetail.com 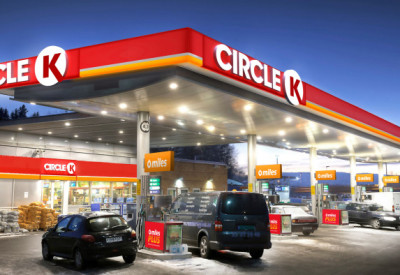 By admin on September 22, 2015 in Groceries, Marketing, Norway, Other, Store concept, Sweden

The stations in Norway and Sweden will be the first to be converted. But the drop in the logo will stay with the chain.

From May 2016, Statoil stations in Scandinavia, the Baltic States, Poland and Russia will be renamed and thus take an active role in building the new brand Circle K.

The stations in Norway and Sweden will be the first in Europe to rename. They become part of an international entity with close to 15,000 convenience stores and full service stations, with more than 100,000 dedicated employees, all working under the new brand, the Circle K. Every day we come together to meet millions of people worldwide.

The new global brand will replace Couche-Tard’s existing brands Mac’s, Circle K and Kangaroo Express used in the US and several other countries around the world, as well as the brand Statoil. The province of Quebec in Canada, however, will retain the company’s original brand, Couche-Tard, due to market conditions.

Statoil Fuel & Retail was until 2010 part of the Norwegian oil and gas company Statoil ASA. The company was bought in 2012 by Couche-Tard for 15 billion NOK. The acquisition included the right to use the Statoil name until 2021.

In the future, the stations can go on using the drop in the logo, but not the Statoil name. In Patent Office registry, Statoil Fuel & Retail has also registered the product brand name “Miles” with a drop on a blue background, just as Statoil logo is today.

The chain has also registered “Ingo” as a trademark, and this name will continue to be phased in at old Jet stations in Denmark and Sweden as Statoil Fuel & Retail owns.

“By working under a single global brand, we will strengthen our position and our culture, and it will help us to become even better in our meetings with customers. A key reason behind the acquisition of Statoil Fuel & Retail was that we want to get into the Europan market to continue growing there. Then it is easier to work under a single global brand. “, says Couche-Tard’s President and CEO Brian Hannasch.

Couche-Tards stated goal is to make Circle K, throughout the world, should be the first choice for those who want the convenience stores and fuel.

“Whether you visit Circle K in Europe, the USA, Canada or elsewhere, we strive to give the same availability, the same fast and friendly service, and a product range designed for people on the road,” said Hannasch.

The rebranding of Statoil Fuel & Retail at Circle K is led in Europe by Jacob Schram, Group President of Europe.

“To be part of the new global brand, Circle K, opens up great opportunities for us. By bringing us internationally closer together than before, we will quickly be able to develop our business in Europe, “says Schram.

The existing brand Circle K is already Couche Tards largest and most international brand. There are thousands of convenience stores and full service centers in 14 countries around the world. The new, global brand Circle K, is even better positioned to introduce new markets.