You are here: Home › Thon Group to invest in Haparanda project?
This is a backup version of ScandinavianRetail.com 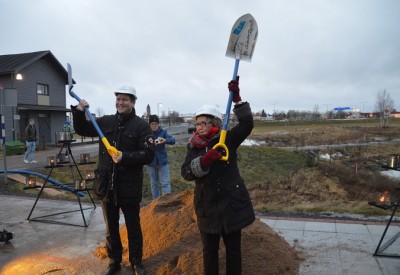 By admin on February 20, 2015 in Building projects, Finland, Malls, Sweden

Norrbottenskuriren writes that the retail trade and hotel project Barents Center at the very north end of the Baltic sea might get a new investor. Hallgeir Åndal tells the paper he believes Haparanda is an interesting hub.

The plans for an investment are not too far ahead yet, but a decision may come within half a year.

– There is much in Haparanda vicinity, notes HallgeirÅndal which is Sweden Manager of the Olav Thon Group.

”We believe Haparanda may be a hub.”

Plans for an investment in the Barents city center, yet not too far advanced. Nevertheless, a decision may come within half a year. The Norwegian border shopping specialist has not been interested in shopping towards Finland before. But since last summer the strategy is to grow in whole Sweden.

”We look at the whole of Sweden and is mainly focused on medium and large projects. We have no geographical limitations. We are more interested in whether the projects are viable and strong in their area,” says Hallgeir Åndal to the paper.

He thinks Ikea’s establishment in Haparanda is positive even considering a possible investment by Olav Thon group in the border city. Barents Center will literally be built over the border to Finland and further connect Haparanda with Tornio.