You are here: Home › Verkkokauppa.com grew by 25% – need a new warehouse
This is a backup version of ScandinavianRetail.com 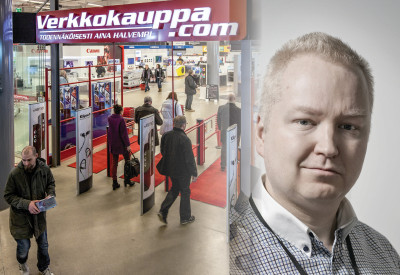 But in two years – the company needs to leave its successful Helsinki premises.

The numbers means that revenue grew by 25% year on year, an increase by 67.9 million EUR, totalling 344 million EUR. At the same time demand for consumer electronics increased by 0.9% during January-December in Finland, according to GFK-numbers.

”While retail continues going online, the company needs to prepare better for the future growth. The use of the current Bunkkeri warehouse adjacent to the Helsinki megastore will end in the next 1-2 years, and the company is investigating alternative warehousing solutions in the Helsinki region. Although Verkkokauppa.com has very efficient and low cost operation, the company is continuously looking for new ways to strengthen its purchasing power. Purchasing co-operation and last year’s investment in the Swedish Vitvaruexperten.com were steps in this direction.” says Samuli Seppälä.

The warehouse has been used for the successful click and collect 24/7-service, able to deliver anything in the store within 15 minutes at the entrance kiosk at the Helsinki-store.

In the statement Seppälä also says the company will start to use its cash reserves to finance the Apuraha consumer financing service in few months’ time. Verkkokauppa will also extend the opening hours of its store, but with caution  to keep the focus on low costs and prices.

”Verkkokauppa.com’s revenue will continue to grow during 2016 and in the medium term, even though the general situation and demand in the retail business will remain very weak in Finland,” he says.